Conventional medicine’s ability to deal with and treat pain and disease continues to progress thanks to changes in medical practice and the introduction of new medical and pharmaceutical technologies. At the same time, the public’s knowledge about what health care can do has also grown considerably, in part because of continually expanding access to information and knowledge via the internet. These significant changes in the health care world led to the question of whether or not, and to what degree, Canadians’ use of, and public attitudes towards, complementary and alternative medicine (such as chiropractic, naturopathic, and herbal therapies) have changed over the past two decades.

To answer this question, the Fraser Institute commissioned Compas to conduct a Canadian national survey to determine the prevalence, costs, and patterns of complementary and alternative medicine (CAM) use in 2016. This is the third in a series of surveys on the use of and public attitudes towards CAM published by the Fraser Institute. The first ever comprehensive study was undertaken in 1997, with a follow-up survey completed in 2006 (Ramsay et al, 1999; Esmail, 2007). This survey series is the only comprehensive study of the use and public attitudes towards CAM by Canadians.

More than three-quarters of Canadians (79%) had used at least one complementary or alternative therapy sometime in their lives in 2016. This compares to 74% in 2006 and 73% in 1997. Among the provinces in 2016, British Columbians were most likely to have used an alternative therapy during their lifetime (89%), followed by Albertans (84%) and Ontarians (81%). Conversely, those in Quebec (69%) were least likely to have done so. Similar patterns were observed in the past two surveys, though respondents from the Atlantic provinces were more likely to have reported using at least one complementary and alternative medicine or therapy sometime in their lives in 2016 (77%) than in either 2006 (63%) or 1997 (69%).

In 2016, massage was the most common type of therapy that Canadians used over their lifetime with 44 percent having tried it, followed by chiropractic care (42%), yoga (27%), relaxation techniques (25%), and acupuncture (22%). Nationally, the most rapidly expanding therapies over the past two decades or so (rate of change between 1997 and 2016) were massage, yoga, acupuncture, chiropractic care, osteopathy, and naturopathy. High dose/mega vitamins, herbal therapies, and folk remedies appear to be in declining use over that same time period.

The most likely users of complementary and alternative therapies over the past 12 months in 2016 were from the 35- to 44-year-old age group (61%). The use of complementary and alternative medicines and treatments diminished with age, and generally rose with both income and education. These trends are similar to those observed in 2006 and 1997, though there was no income trend found in 1997.

The majority of people choosing to use complementary and alternative therapies in the 12 months preceding the 2016 survey continued to do so for “wellness”—to prevent future illness from occurring or to maintain health and vitality. However, there has been a notable shift in the use of complementary and alternative therapies for wellness since the earlier iterations of the survey, with the overwhelming majority of therapies used less for wellness in 2016 than in either 2006 or 1997.

Canadians spent an estimated $8.8 billion on CAM in the latter half of 2015 and first half of 2016. This is an increase from the estimated $8.0 billion spent in 2005/06 and the estimated $6.3 billion spent in 1996/97 (in 2016 dollars, adjusted using Statistics Canada’s Consumer Price Index). Of the $8.8 billion spent in 2016, more than $6.5 billion was spent on providers of CAM, while another $2.3 billion was spent on herbs, vitamins, special diet programs, books, classes, and equipment. While these amounts are not insubstantial, the majority of Canadians believe that alternative therapies should be paid for privately and not by provincial health plans.

The survey results reveal regional variations in attitudes towards health care, which provides further support for devolution of health policy, both conventional and alternative, to provincial governments. For example, British Columbians, Albertans, and those in Saskatchewan and Manitoba were more likely to perceive value in CAM than residents of Quebec and the Atlantic provinces. Perceptions about the value of conventional medicine in treating health problems, support for various financing approaches for expansions in coverage, and support for private financing of CAM also varied across the provinces. 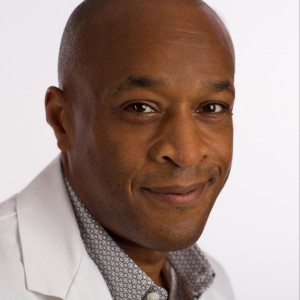